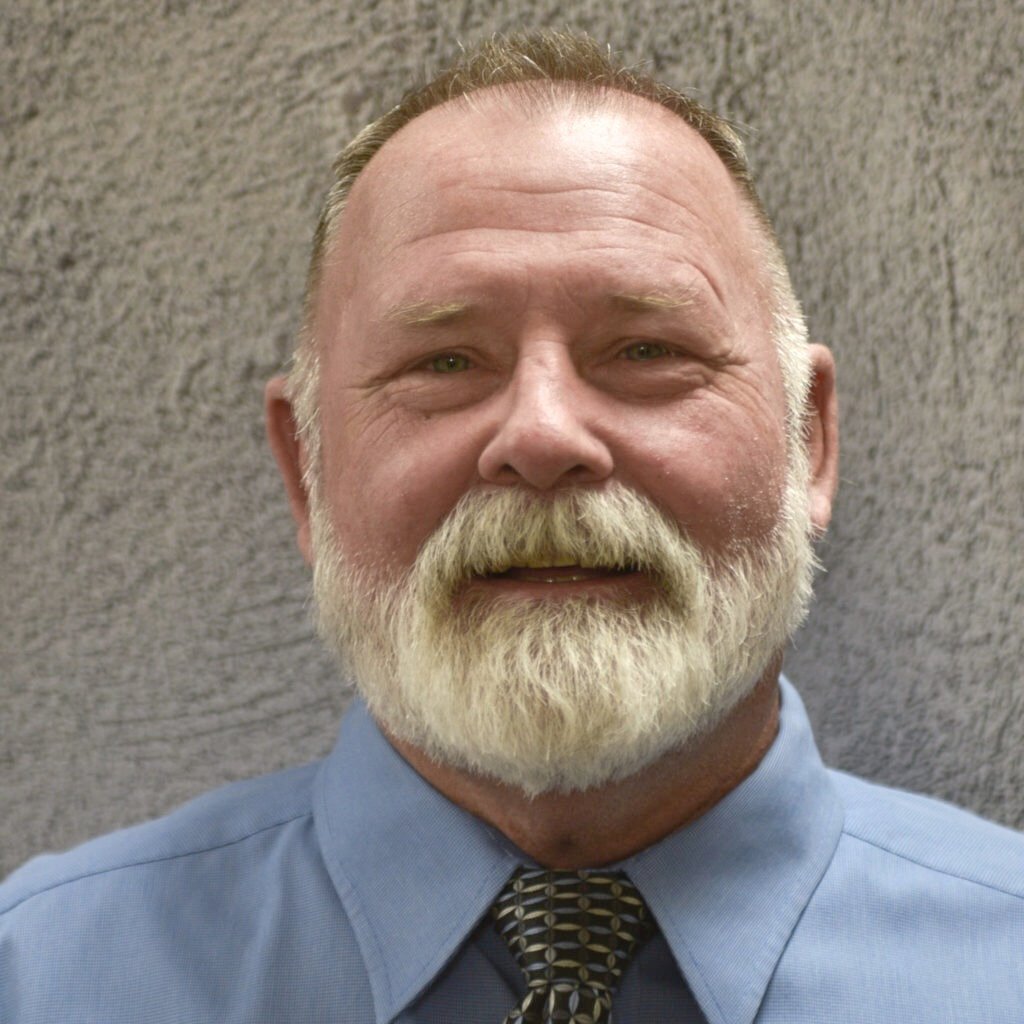 President, Outside Sales
Tony started his electrical career in 1989 working for Pacific Power Products in Honolulu, Hawaii as an outside salesman. For nine years he was responsible for electrical and utility distribution, engineering, and end user customers. In 1998 Tony moved his family, sight unseen, to Phoenix Arizona. For the first two years he worked for another manufacturer’s rep; Arizona Sun Sales. In 2000 he took a sales position with Crouse-Hinds and focused on industrial distributors, engineers, and end users covering the Arizona and Las Vegas markets. In 2007 he moved back into the representative business with Kanouse Harper and Associates. In 2009 Kanouse Harper and Associates merged with Desert States Electrical Sales where Tony has become a partner with the company. 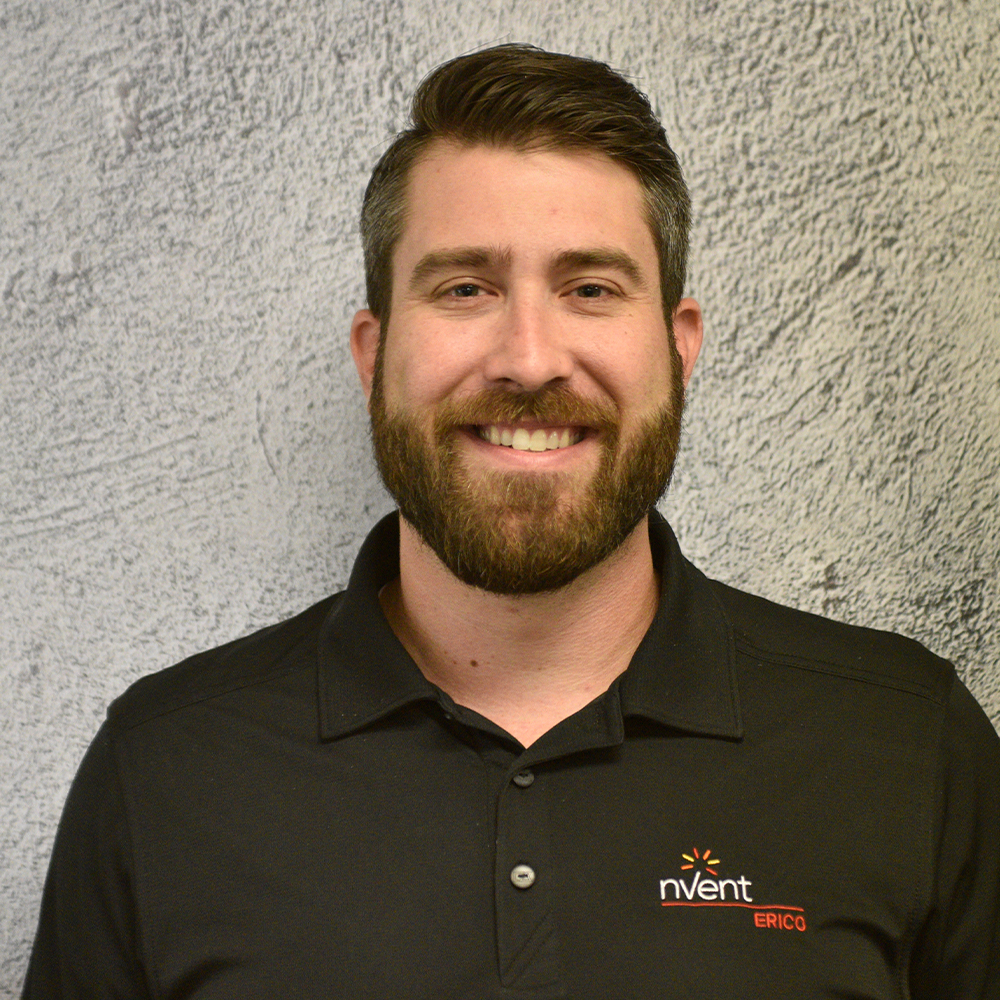 Vice President, Sales
Joel Keck was born and raised in Phoenix. He loves living here in the valley where he and his beautiful wife are raising 2 incredible children. He has been in the Electrical Sales Industry since 2013. Joel firmly believes building customer service through honesty and loyalty supports the industry. He loves Taco Tuesday, anything to do with soccer and the music of Joe Bonamassa. 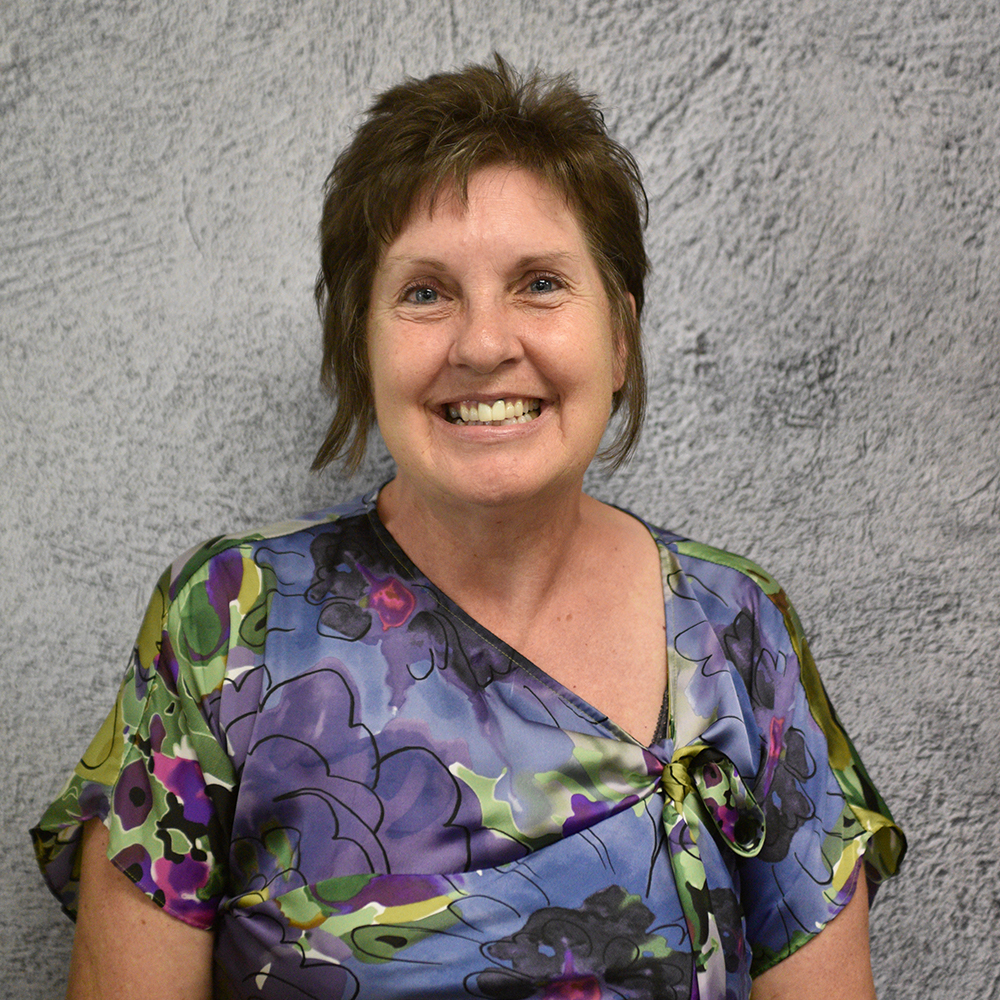 Operations Manager, Administrative
Colleen Rowe is acting CFO & COO. She was born in Wisconsin and grew up in a large family. She ventured out west in her mid 20’s and met Tony in Long Beach, they were married a few years later. When Tony had the opportunity to move to Hawaii and start selling for a rep agency there it was an easy decision to move. While living on Oahu they grew their family with 3 children. Heading back to the mainland, Tony & Colleen agreed on the Phoenix area due to the strength of the economy & growth. Colleen has a background in accounting and office management, so it was a natural fit to take over all the back-end office responsibilities when Steve Smith decided it was time retire. She enjoys traveling and playing games with friends and family. 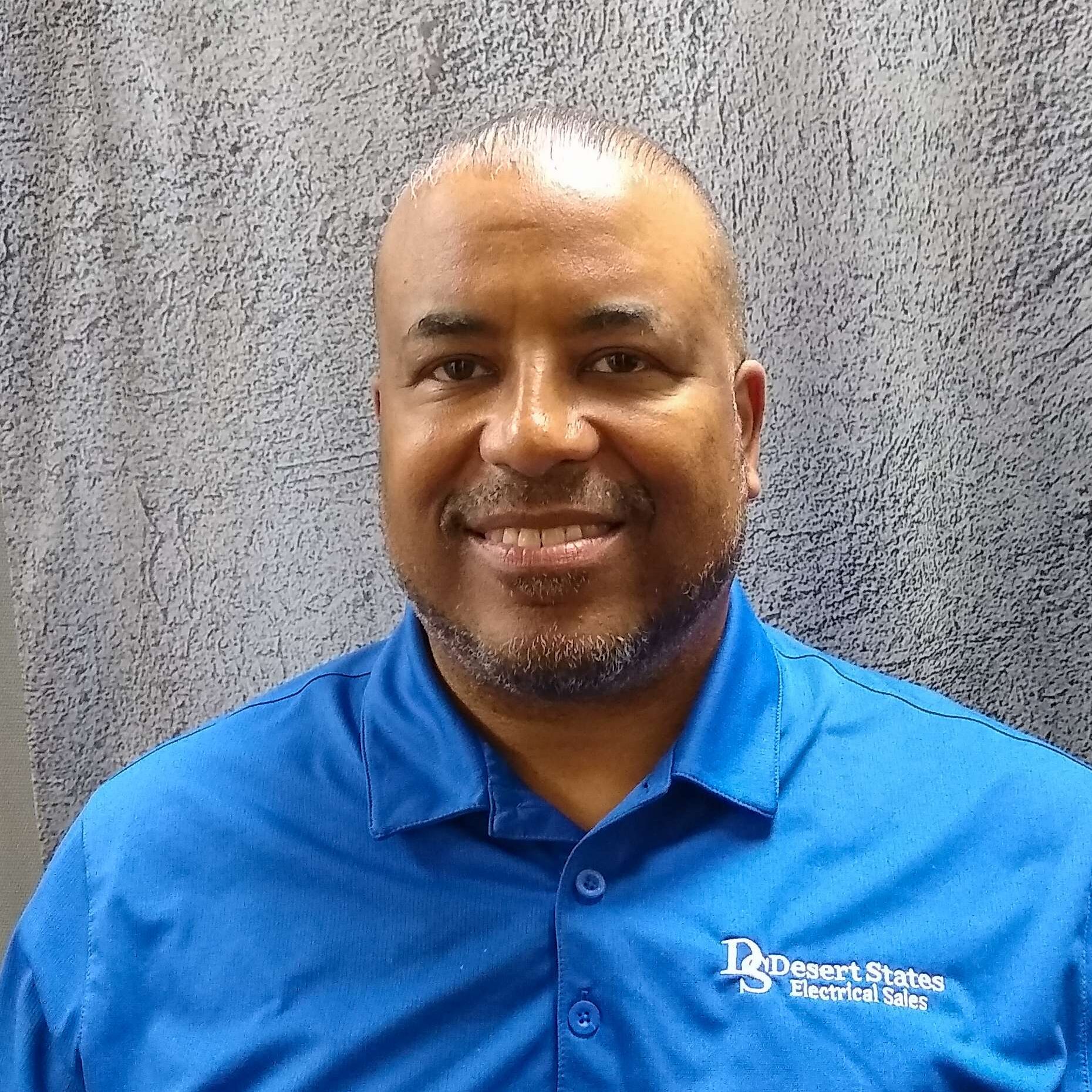 Las Vegas and NW Arizona, Outside Sales
Mel Hutchinson was born in Colorado Springs at the Fort Carson Army Base, but spent the next years growing up in the Midwest – Michigan & Ohio. From there his family moved to Las Vegas then San Jose. He attended college at the University of New Mexico and then moved back to Las Vegas where he worked at McCarran International Airport until 2001. His electrical career has a wide variety of positions; industrial control and drives specialist, low voltage & major projects manager, a negotiator for solar modules as a business development manager, general manager with a contractor, and eventually doing outside sales in Las Vegas. Another interesting job amidst those was as a keyboard tech for several major recording artist. Mel says he jumped at the chance to work with Desert States when the opportunity arose. He is an avid sports fan, with his favorite saying “if they keep score I probably watch it.” 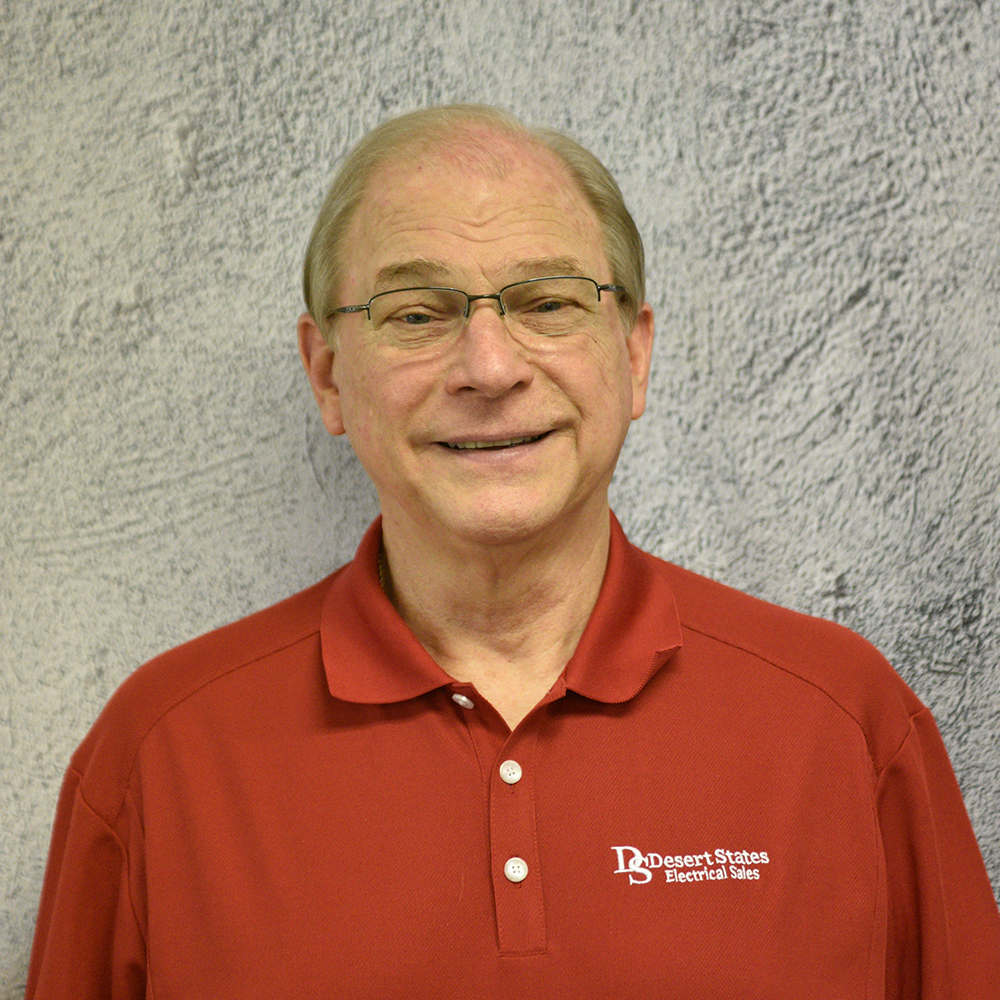 Phoenix and Tucson, Outside Sales
​Bob started his electrical career in 1973 with 3M in their electrical division. He worked for 3M for 28 years and then retired. He came out of retirement to work for Desert States for 10 years before retiring again. He came back to the electrical industry to work for Abott & Associates as an account manager for 6 years and retired again. Bob is now back working as an outside salesman for Desert States. He enjoys helping out the younger staff and is on pace to set the record for most retirements in a lifetime. 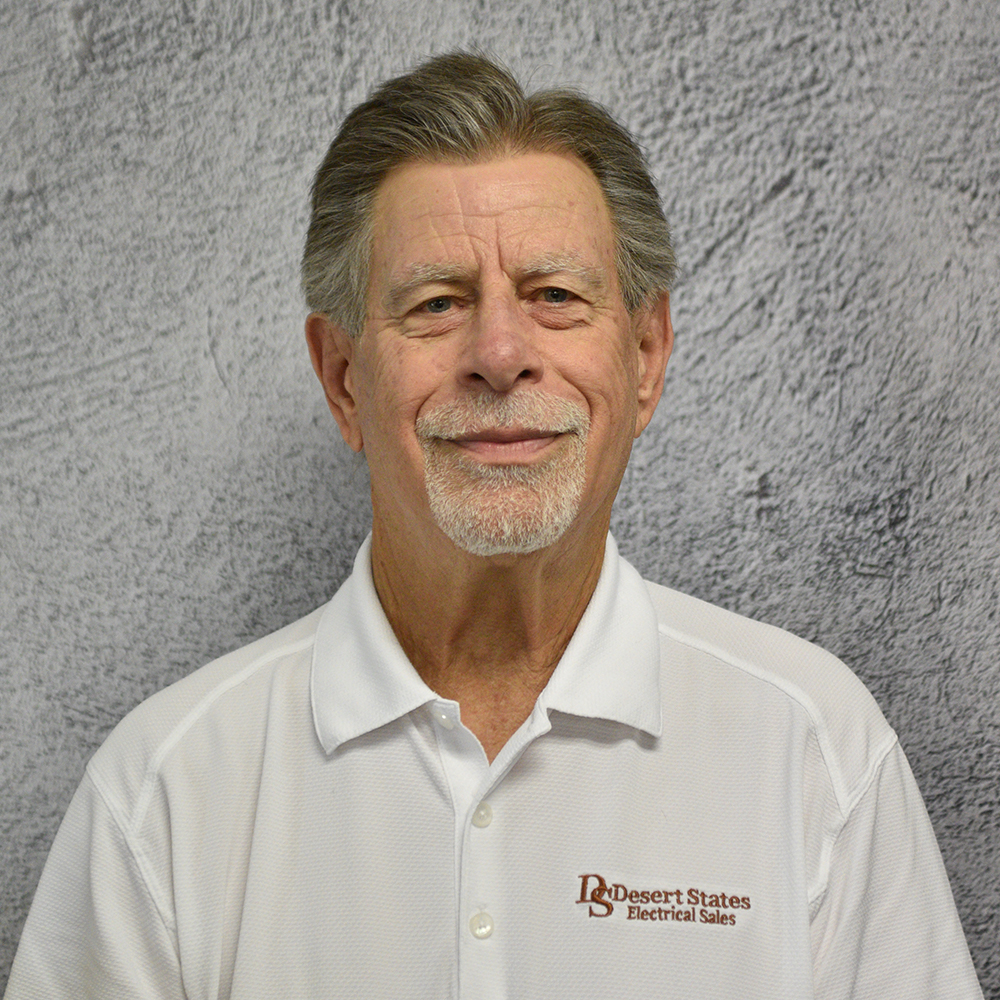 Phoenix and Tucson, Outside Sales
​Steve has worked in the electrical industry for 45 years. He began his career as an inside salesman for Rome Cable. Steve founded Pacific Coast Electrical Sales with his wife in Orange County California. They ran this business for 10 years. Steve then went to work for Burndy for 10 years as an outside salesman. He left Burndy and took a regional sales manager position with NSI for 10 years. He then took a regional sales manager position with Penn Union until his recent retirement. He is now back in the electrical industry working as an outside salesman for Desert States. Steve's hobbies are restoring old Schwinn bikes and photography. Steve has been married to his wife Diane for 32 years. They have 5 adult children and 5 grandchildren. 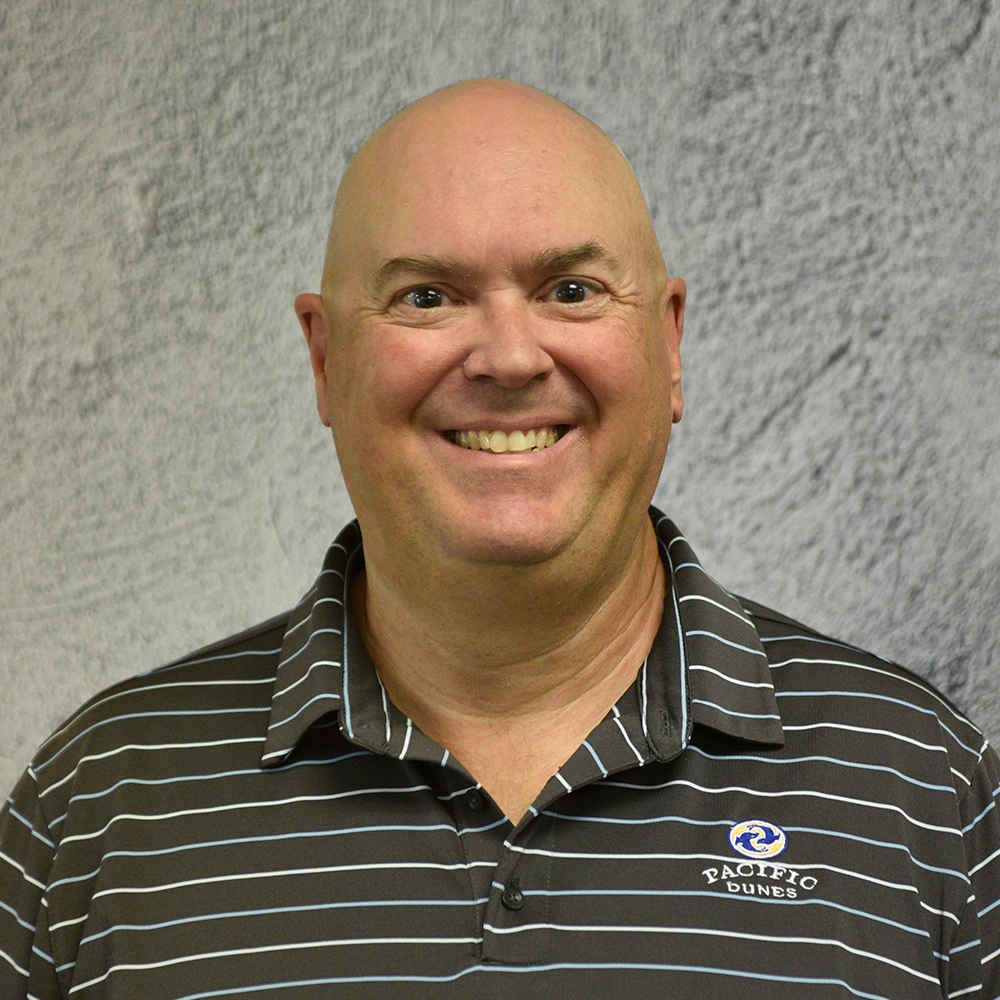 Lighting Specialist, Outside Sales
​​ Steve has worked in the electrical industry for the past 21 years. He started his sales career with Sylvania as an outside sales representative for 16 years. He spent the next 4 years with Hubbell in their lighting division. Steve has been married to his wife Carrie for the past 24 years. They have one son Max. Steve is an avid sports fan and enjoys playing golf along with watching his son play collegiate baseball. 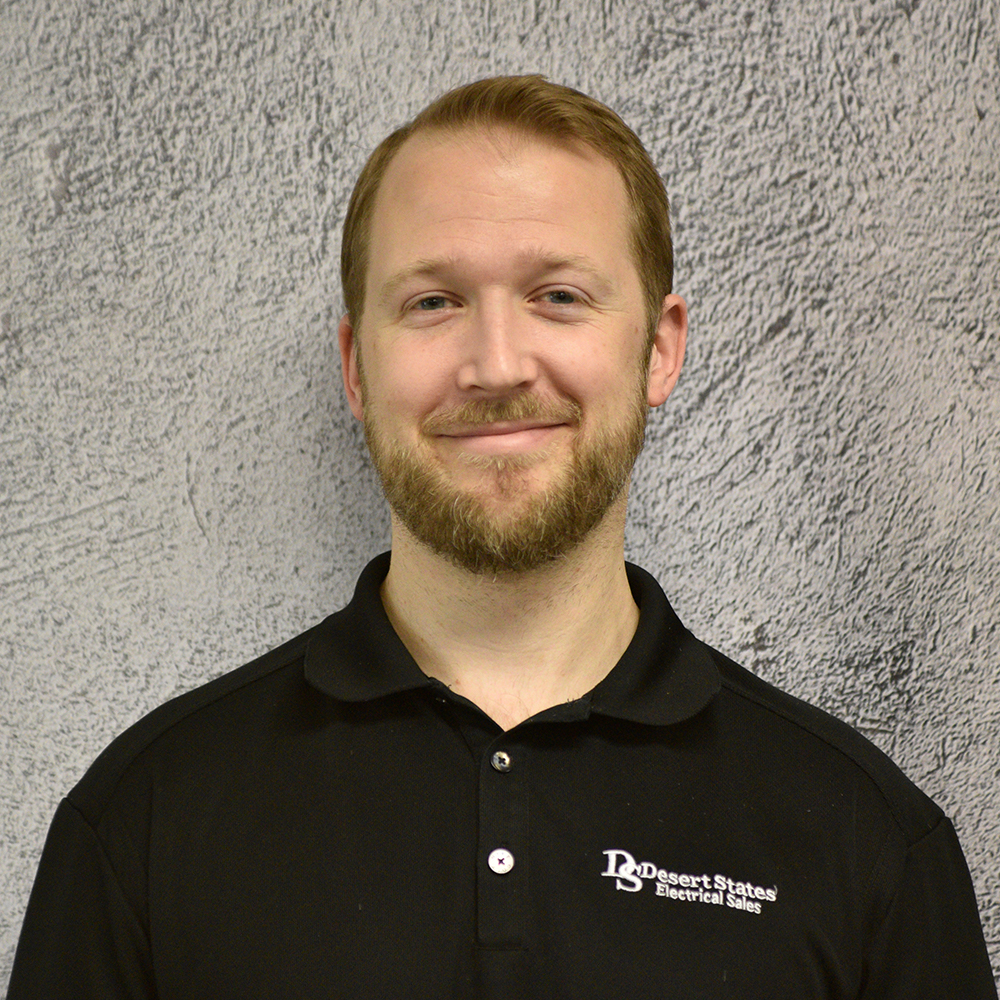 Customer Service Rep, Inside Sales
Steve Enright joined us in March of 2019 and is new to our Electrical Sales world. He is bright and eager to learn. Steve grew up in the Chicago suburbs and attended Illinois State University. He worked in education for 8 years, teaching Special Education & Health. Steve moved to Phoenix in the summer of 2017 and decided to change career paths. He really enjoys being outdoors and hiking, which makes this area a great play land. With Steve on board we feel we have a great mix of seasoned salesmen and young and upcoming stars. 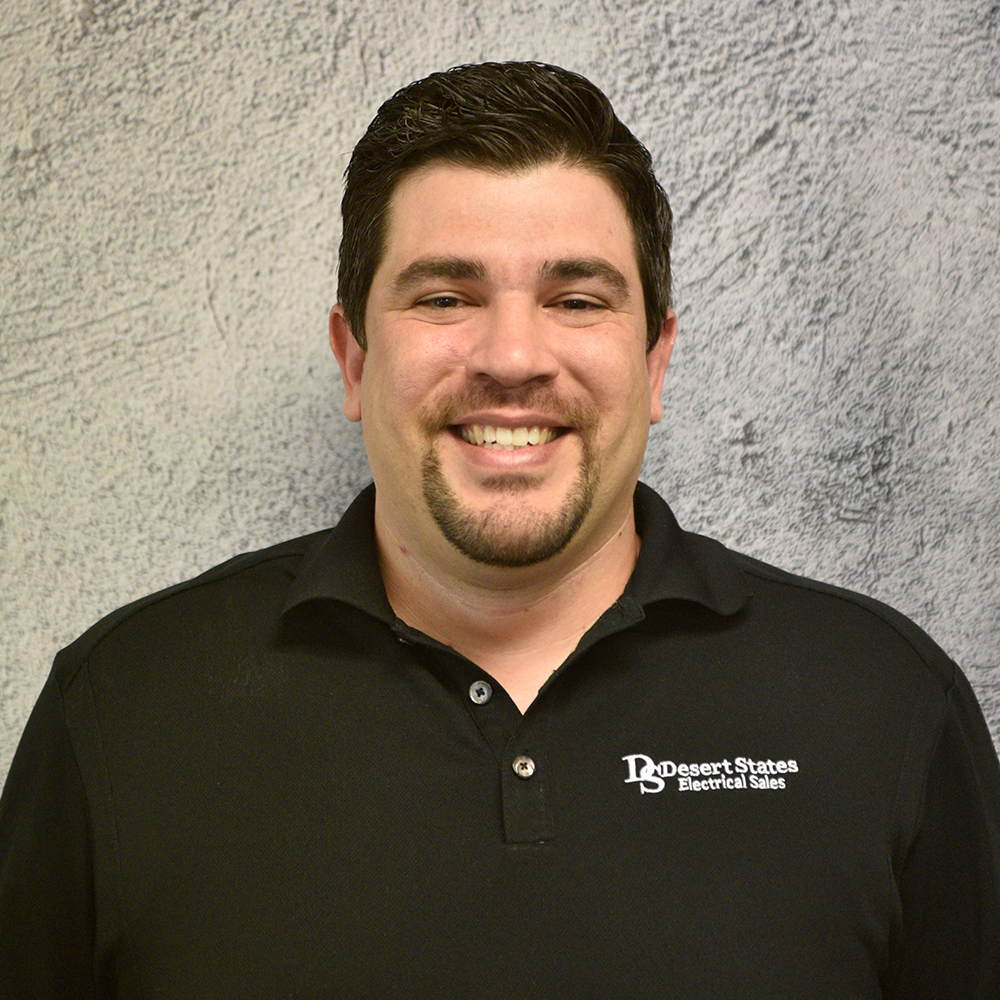 Customer Service Rep / Inside Sales
Tyler is a third generation Arizona native. He started in the restaurant industry in 2009 where he spent 11 years learning the ins and outs. Tyler made some lifelong friends and a lot a great regulars along the way. He loves working with people and is excited to bring his customer service skills to a new industry. Tyler is married with two amazing kids. Across the board he is an Arizona sports fan with football and baseball as his favorites. Tyler loves a wide range of music. The Office and Friends are his favorite shows. 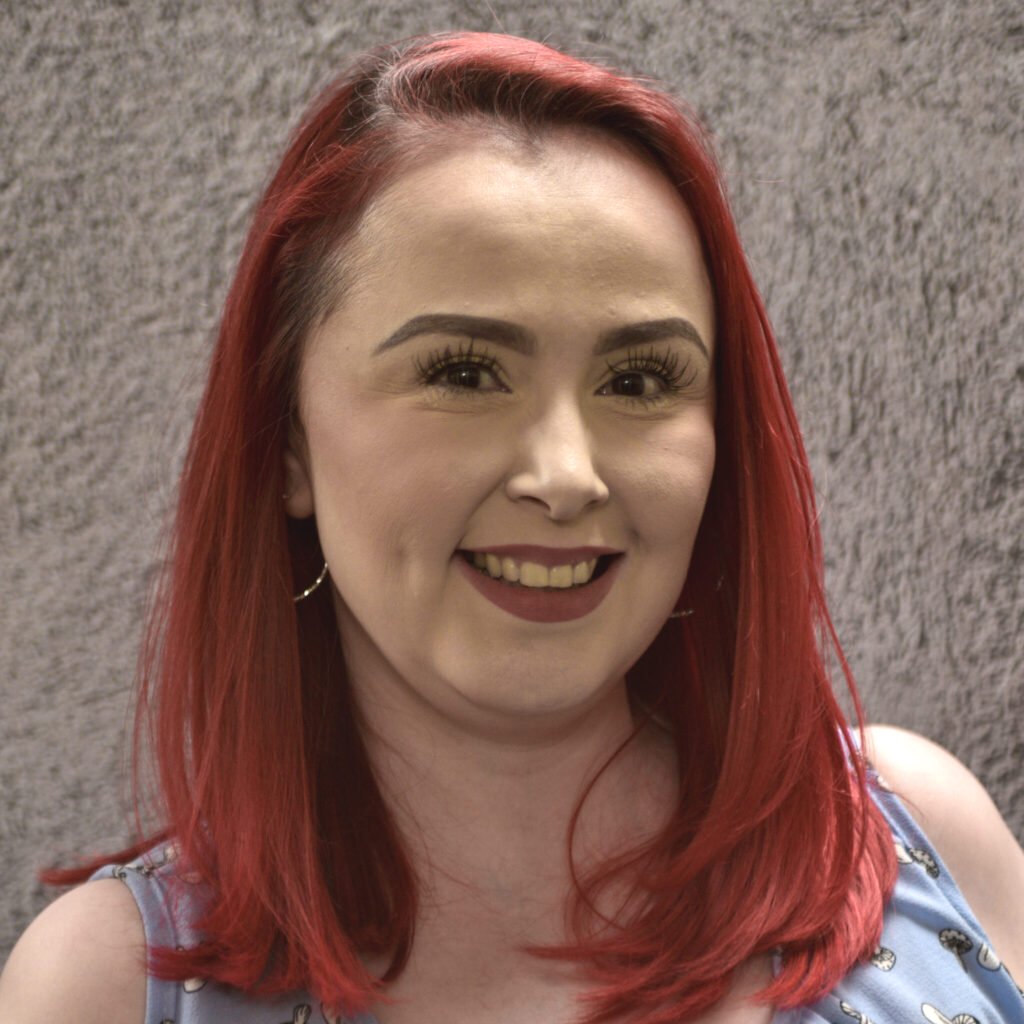 Customer Service Rep / Inside Sales
Mayra has come to us from within our industry, She’s worked for ESA Fabrication for 10 years. She comes from a family of accountants and even though she likes numbers and has a background in accounting, she always wanted to do more for people. So she went to physical and massage therapy school in Baltimore Maryland. She worked as a massage therapist for several years until she hurt my hand and couldn’t do it anymore. After that Mayra came back to AZ. She likes horror movies and is fascinated by SFX makeup (she also has a great talent there) and Astrology. 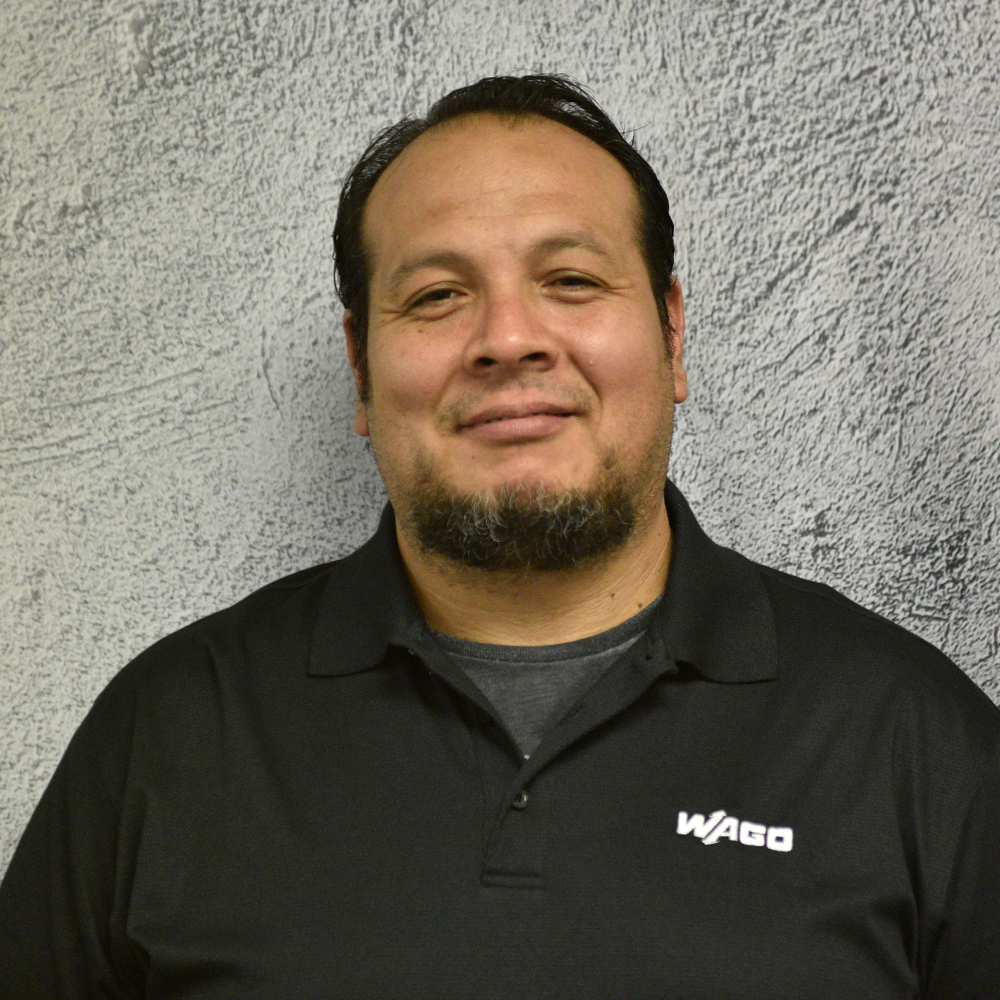 Warehouse Manager
Our warehouse manager is Rigo Rocha-Zavala. He has been with Desert States longer than anyone, starting in 1997. He takes charge of every aspect of the warehouse, inventory & shipping – we couldn’t ask for a more dedicated employee. Rigo moved to Phoenix in 1990 from Mexico, and has a wonderful wife, Maria, and 2 daughters. Cooking and eating are his thing, and he brings a feast to the office to help us celebrate the big holidays 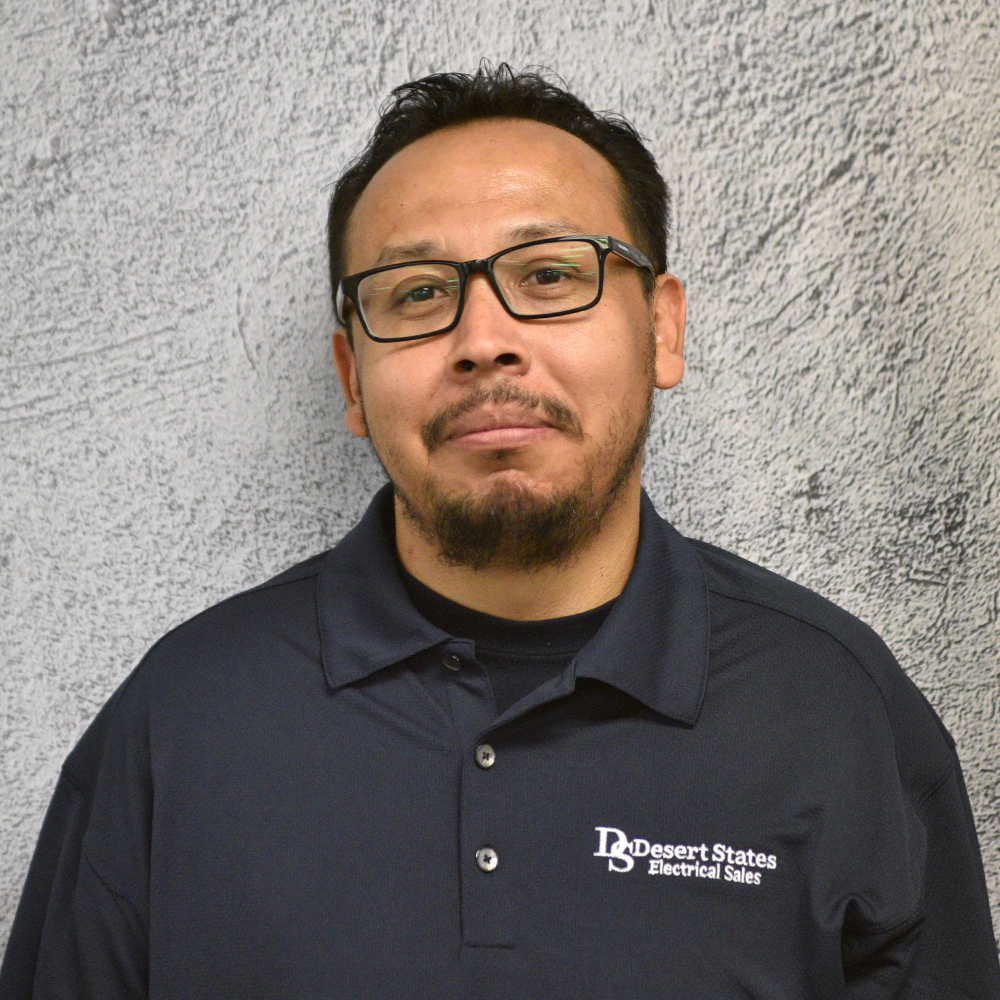 Asst. Warehouse Manager
Our warehouse assistant manager is Rigo’s brother – David Rocha-Zavala. He has also been with the company a long time, starting in 2001. David is always happy and working hard. We are so lucky to have him on our team. He moved to Phoenix in 1995, following his brother and sister to the area. He helps his wife, Luc, raise her son and they just celebrated the birth of the their daughter, Layla in early 2021. David loves movies – almost all genres – and says that is how he mostly learned to understand the English language. He also really likes riding his ATV. 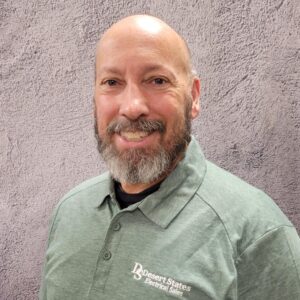 HVAC Specialist
Les brings a depth of knowledge for building client relationships and clarity in achieving high standards of performance and manages our business development efforts in Arizona with this same approach.
Prior to Desert States, Les was a founder of a company providing refrigerant abatement services to HVAC, Demolition Contractors, Municipalities, Landfills, DOD and Facilities Management Teams. As an entrepreneur and family man, Les enjoys the opportunity to offer businesses value-infused service which creates competitive advantages for his clients.
Longevity, stability, and his reputation as a man of integrity has resulted in proven business successes which in turn affords him the ability to also enjoy time with his wife and children whose ages range from adult to 20 months old.“ 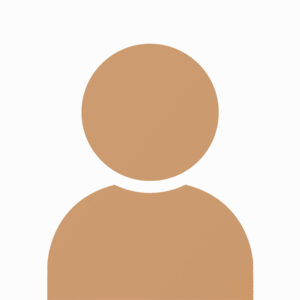 Consultant
Patrick is a partner and lighting specialist for SATCO. He started his career in the electrical industry in 1987 with GTE Sylvania as their Southern Arizona Sales Representative. Over the years, Patrick’s market responsibility has grown to include Southeast New Mexico and El Paso, along with Metro-Phoenix and Northern Arizona. Today, as the factory representative for SATCO lighting. Patrick has been married to his beautiful wife Kristin for the past 33 years. They have three amazing young adult children that all reside in the Phoenix area.